Missouri Learning Education Standards. Numerical proportions compare two numbers. The numbers can have the same units such as a ratio or the numbers can have different units such as rates. A proportion is usually in the form of a:b or a/b. Ratios are used to compare objects, wins and losses, sides of a figure to its area and many more. Rates are used to compare miles per hour, words per minute, and many others. A unit rate is when the denominator of a proportion is one. Read More... 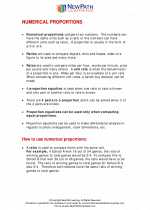 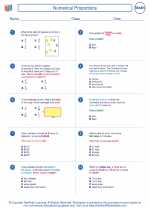 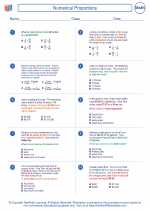 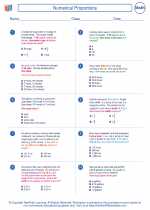 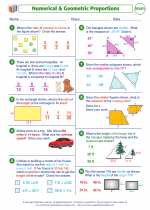