Louisiana Academic Education Standards. The data can be organized into groups, and evaluated. Mean, mode, median and range are different ways to evaluate data. The mean is the average of the data. The mode refers to the number that occurs the most often in the data. The median is the middle number when the data is arranged in order from lowest to highest. The range is the difference in numbers when the lowest number is subtracted from the highest number. Data can be organized into a table, such as a frequency table. Read More... 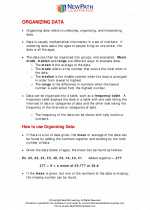 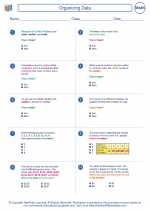 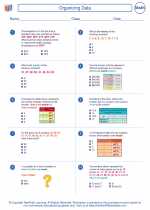 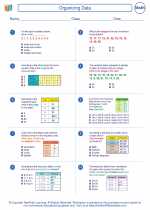 LA.7.SP. Statistics and Probability
7.SP.B. Draw informal comparative inferences about two populations.
7.SP.B.3. Informally assess the degree of visual overlap of two numerical data distributions with similar variabilities using quantitative measures of center (median and/or mean) and variability (interquartile range and/or mean absolute deviation), as well as describing any overall pattern and any striking deviations from the overall pattern with reference to the context in which the data were gathered.
Standards