Maryland College and Career-Ready Education Standards. An equation is mathematical statement that shows that two expressions are equal to each other. The expressions used in an equation can contain variables or numbers. Inequalities are mathematical equations that compare two quantities using greater than, >; greater than or equal to ≥; less than, <; and less than or equal to, ≤. Inequalities are also solved by using inverse operations. Read More... 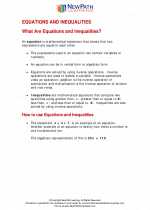 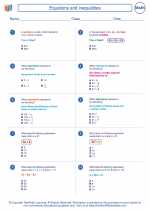 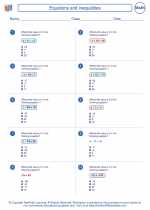 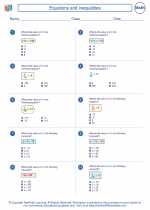