Washington State K–12 Learning Education Standards and Guidelines. Linear equations are equations that have two variables and when graphed are a straight line. Linear equation can be graphed based on their slope and y-intercept. The standard equation for a line is y = mx + b, where m is the slope and b is the y-intercept. Slope can be found with the formula m = (y2 - y1)/(x2 - x1), which represents the change in y over the change in x. Read More... 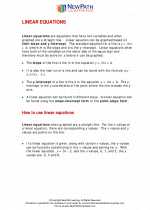 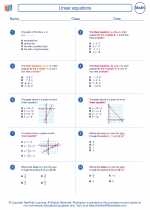 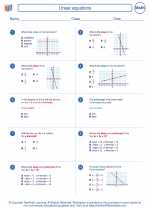 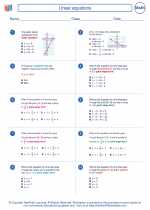 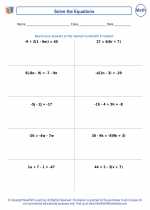 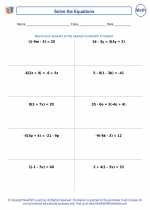 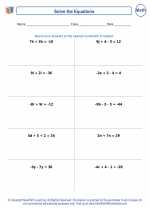 WA.8.EE. Expressions and Equations
Understand the connections between proportional relationships, lines, and linear equations.
8.EE.5. Graph proportional relationships, interpreting the unit rate as the slope of the graph. Compare two different proportional relationships represented in different ways. For example, compare a distance-time graph to a distance-time equation to determine which of two moving objects has greater speed.
8.EE.6. Use similar triangles to explain why the slope m is the same between any two distinct points on a non-vertical line in the coordinate plane; derive the equation y = mx for a line through the origin and the equation y = mx + b for a line intercepting the vertical axis at b.
WA.8.F. Functions
Define, evaluate, and compare functions.
8.F.3. Interpret the equation y = mx + b as defining a linear function, whose graph is a straight line; give examples of functions that are not linear. For example, the function A = s^2 giving the area of a square as a function of its side length is not linear because its graph contains the points (1,1), (2,4) and (3,9), which are not on a straight line.
Use functions to model relationships between quantities.
8.F.4. Construct a function to model a linear relationship between two quantities. Determine the rate of change and initial value of the function from a description of a relationship or from two (x, y) values, including reading these from a table or from a graph. Interpret the rate of change and initial value of a linear function in terms of the situation it models, and in terms of its graph or a table of values.
Standards