Arizona's College and Career Ready Education Standards. After Lincoln was elected in 1860, southern states seceded from the Union in an effort to uphold their stance on slavery. During the war, the Confederacy continued to own slaves and support slavery. After many devastating battles and thousands of casualties, the Civil War ended but many problems that existed before the commencement of battle still existed. However, slaves were officially free and the economies of the North and South were in a new era of growth. Read More... 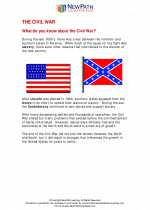 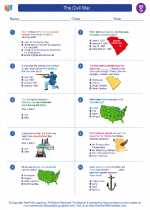 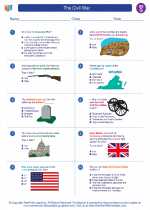 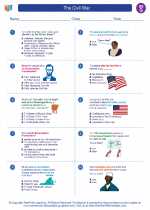 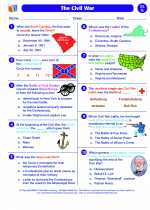 AZ.SS07-S1. American History
SS07-S1C1. Research Skills for History: Historical research is a process in which students examine topics or questions related to historical studies and/or current issues. By using primary and secondary sources effectively students obtain accurate and relevant information.
SS07-S1C1-04. Formulate questions that can be answered by historical study and research.
SS07-S1C1-05. Describe the relationship between a primary source document and a secondary source document.
SS07-S1C1-06. Determine the credibility and bias of primary and secondary sources.
SS07-S1C1-07. Analyze cause and effect relationships between and among individuals and/or historical events.
SS07-S1C1-08. Describe two points of view on the same historical event.
SS07-S1C6. Civil War and Reconstruction 1850 - 1877: Regional conflicts led to the Civil War and resulted in significant changes to American social, economic, and political structures.
SS07-S1C6-02. Determine the significance of the following events of the Civil War: a) firing on Fort Sumter; b) major battles - Bull Run, Antietam, Vicksburg, Gettysburg; c) Enactment of the Emancipation Proclamation; d) Sherman's march; e) surrender at Appomattox.
SS07-S1C6-03. Describe significance of the following individuals or groups in the Civil War: a) political leaders (i.e., Abraham Lincoln, Jefferson Davis); b) military leaders (e.g., Robert E. Lee, Ulysses S. Grant, William Tecumseh Sherman, Thomas 'Stonewall' Jackson); c) role of African-Americans; d) role of Women.
SS07-S1C6-04. Analyze the impact of the Civil War on the following personal, social, and economic aspects of American life: a) Americans fighting Americans; b) high casualties caused by disease and the type of warfare; c) widespread destruction of American property; d) change in status of freed slaves; e) value of railroads and industry.
AZ.SS07-S3. Civics/Government
SS07-S3C1. Foundations of Government: The United States democracy is based on principles and ideals that are embodied by symbols, people and documents.
SS07-S3C1-01. Analyze the significance of the principles and ideals of the following documents: a) Bill of Rights (as related to specific time periods); b) Emancipation Proclamation.
AZ.RH.6-8. Reading Standards for Literacy in History/Social Studies
Craft and Structure
RH.6-8.4. Determine the meaning of words and phrases as they are used in a text, including vocabulary specific to domains related to history/social studies.
RH.6-8.5. Describe how a text presents information (e.g., sequentially, comparatively, causally).
Range of Reading and Level of Text Complexity
RH.6-8.10. By the end of grade 8, read and comprehend history/social studies texts in the grades 6-8 text complexity band independently and proficiently.
Standards