The Sun is by far the most massive object in the Solar System, therefore gravitationally dominating all other members of the Solar System. The Sun is a star that gives off radiant energy that drives Earth systems and is essential for life. The Solar System consists of comets, asteroids, planets, and their respective satellites, most of which orbit the Sun on a plane called the ecliptic. The planets in our Solar System revolve in the same direction around the Sun in elliptical orbits that are very close to being in the same plane. 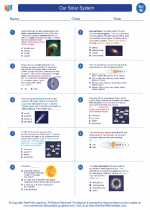 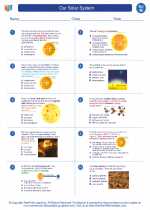 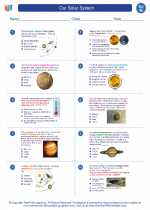 Earth/Space Science: Students will use scientific skills and processes to explain the chemical and physical interactions (i.e., natural forces and cycles, transfer of energy) of the environment, Earth, and the universe that occur over time.
Astronomy: Identify and describe the components of the universe.
Identify that our solar system is a component of the Milky Way Galaxy.
Astronomy: Identify and explain celestial phenomena using the regular and predictable motion of objects in the solar system.
Identify and describe how the shape and location of the orbits of asteroids and comets affect their periods of revolution.