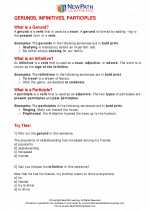 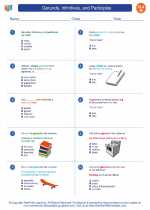 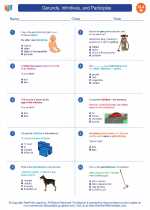 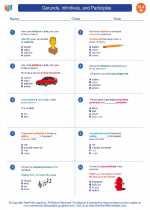 SC.8.W. Writing (W)
8.W.L. Language (L)
8.W.L.4. Demonstrate command of the conventions of standard English grammar and usage when writing or speaking.
8.W.L.4.1. When writing:
8.W.L.4.1.a. Show knowledge of the function of gerunds, participles, and infinitives and their functions in particular sentences.
Standards