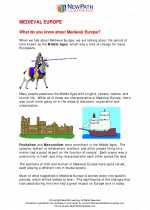 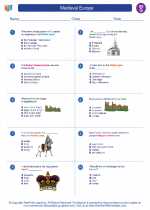 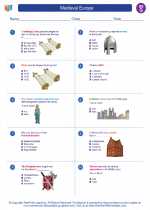 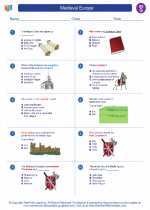 National Curriculum Standards for Social Studies (NCSS)
TIME, CONTINUITY, AND CHANGE
SOCIAL STUDIES PROGRAMS SHOULD INCLUDE EXPERIENCES THAT PROVIDE FOR THE STUDY OF THE PAST AND ITS LEGACY.
KNOWLEDGE - Learners will understand:
The study of the past provides a representation of the history of communities, nations, and the world.
That learning about the past requires the interpretation of sources, and that using varied sources provides the potential for a more balanced interpretive record of the past.
That historical interpretations of the same event may differ on the basis of such factors as conflicting evidence from varied sources, national or cultural perspectives, and the point of view of the researcher.
Key historical periods and patterns of change within and across cultures (e.g., the rise and fall of ancient civilizations, the development of technology, the rise of modern nation-states, and the establishment and breakdown of colonial systems).
The contributions of key persons, groups, and events from the past and their influence on the present.
The influences of social, geographic, economic, and cultural factors an the history of local areas, states, nations, and the world.
PEOPLE, PLACES, AND ENVIRONMENTS
SOCIAL STUDIES PROGRAMS SHOULD INCLUDE EXPERIENCES THAT PROVIDE FOR THE STUDY OF PEOPLE, PLACES, AND ENVIRONMENTS.
PRODUCTS - Learners demonstrate understanding by:
Constructing a map depicting the historical expansion of a nation or empire that demonstrates an understanding of relative location, distance, direction, boundaries, major physical features, size, and shape.
National Center for History in Schools (NCHS)
Historical Thinking Standards
Chronological Thinking
Identify the temporal structure of a historical narrative or story.
Reconstruct patterns of historical succession and duration; explain historical continuity and change.
Historical Comprehension
Reconstruct the literal meaning of a historical passage.
Identify the central question(s) the historical narrative addresses.
Historical Analysis and Interpretation
Draw comparisons across eras and regions in order to define enduring issues.
Challenge arguments of historical inevitability.
Hold interpretations of history as tentative.
Historical Research Capabilities
Formulate historical questions.
Historical Issues-Analysis and Decision-Making
Identify issues and problems in the past.
Identify relevant historical antecedents.
World History Content Standards
Era 4: Expanding Zones of Exchange and Encounter, 300-1000 CE
Imperial crises and their aftermath, 300-700 CE.
The student understands the decline of the Roman and Han empires.
Causes and consequences of the rise of Islamic civilization in the 7th-10th centuries.
The student understands the consolidation of the Byzantine state in the context of expanding Islamic civilization.
The search for political, social, and cultural redefinition in Europe, 500-1000 CE.
The student understands the foundations of a new civilization in Western Christendom in the 500 years following the breakup of the western Roman Empire.
The student understands the coalescence of political and social order in Europe.
Major global trends from 300-1000 CE.
The student understands major global trends from 300 to 1000 CE.
Era 5: Intensified Hemispheric Interactions 1000-1500 CE
The maturing of an interregional system of communication, trade, and cultural exchange in an era of Chinese economic power and Islamic expansion.
The student understands how pastoral migrations and religious reform movements between the 11th and 13th centuries contributed to the rise of new states and the expansion of Islam.
The student understands how interregional communication and trade led to intensified cultural exchanges among diverse peoples of Eurasia and Africa.
The redefining of European society and culture, 1000-1300 CE.
The student understands feudalism and the growth of centralized monarchies and city-states in Europe.
The student understands the expansion of Christian Europe after 1000.
The student understands the patterns of social change and cultural achievement in Europe’s emerging civilizations.
Major global trends from 1000-1500 CE.
The student understands major global trends from 1000 to 1500 CE.