New York State Learning Education Standards and Core Curriculum. Over the past two centuries, the Unites States has sought to expand its territories both in North America and other parts of the world. While one of the biggest reasons for this is to continue economic growth, during the end of the 19th century and the beginning of the 20th, America found itself in a position to demonstrate its strength by intervening in other countries. Read More... 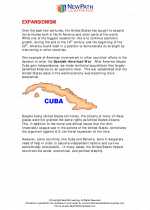 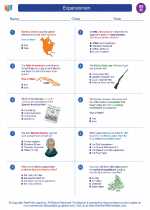 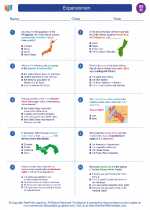 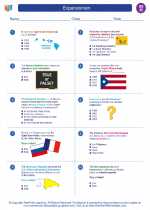 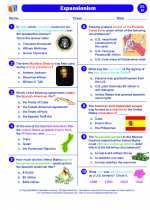 NY.RH.5-8. Reading Standards for Literacy in History/Social Studies
Craft and Structure
RH.5-8.4. Determine the meanings of words and phrases as they are used in a text, including vocabulary specific to domains related to history/social studies.
RH.5-8.5. Describe how a text presents information (e.g., sequentially, comparatively, causally).
Range of Reading and Level of Text Complexity
RH.5-8.10. By the end of grade 8, read and comprehend history/social studies texts in the grades 5-8 text complexity band independently and proficiently.
NY.8P. Grade 8: Social Studies Practices
8P.A. Gathering, Interpreting, and Using Evidence
8P.A.1. Define and frame questions about the United States and answer them by gathering, interpreting, and using evidence.
NY.8. History of the United States and New York State II
8.3. EXPANSION AND IMPERIALISM: Beginning in the second half of the 19th century, economic, political, and cultural factors contributed to a push for westward expansion and more aggressive United States foreign policy. (Standards: 1, 2, 3, 5; Themes: GEO, GOV, CIV, ECO)
8.3b. The Spanish-American War contributed to the rise of the United States as an imperial power.
8.3b.1. Students will examine examples of yellow journalism that contributed to United States entry into the Spanish-American War, including the portrayal of the sinking of the USS Maine.
8.3b.2. Students will explain how the events and outcomes of the Spanish-American War contributed to the shift to imperialism in United States foreign policy.
8.3d. The Roosevelt Corollary expanded the Monroe Doctrine and increased United States involvement in the affairs of Latin America. This led to resentment of the United States among many in Latin America.
8.3d.1. Students will evaluate the United States actions taken under the Roosevelt Corollary and their effects on relationships between the United States and Latin American nations, including the building of the Panama Canal.
Standards