Earth's crust is fractured into 13 major and approximately 20 total lithospheric plates. Most of the Earth's volcanoes are located at lithospheric plate boundaries. The belt of volcanoes along the boundary of the Pacific Ocean is called the Ring Of Fire because it contains about 75% of the world's active volcanoes. Why does a volcano erupt? When magma rises towards the surface, gas bubbles expand and increase in pressure. The force of the gas pushes the magma out of the vent and causes an eruption. 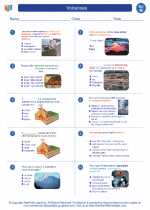 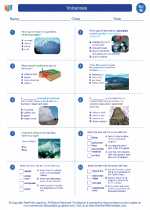 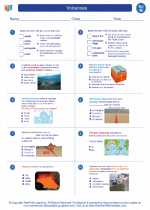 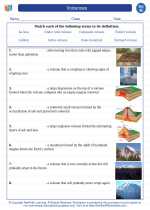 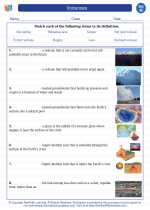 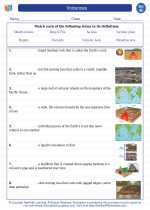 Earth/Space Science: Students will use scientific skills and processes to explain the chemical and physical interactions (i.e., natural forces and cycles, transfer of energy) of the environment, Earth, and the universe that occur over time.
Earth History: Explain how sedimentary rock is formed periodically, embedding plant and animal remains and leaving a record of the sequence in which the plants and animals appeared and disappeared.
Explain how sedimentary rock buried deep enough may be reformed by pressure and heat and these reformed rock layers may be forced up again to become land surface and even mountains.