Virginia Education Standards of Learning. The issue of global warming has been the cause of much debate in the past fifty years. Greenhouse gases, overpopulation, fossil fuel usage, and deforestation have been at the top of the list of reasons that the world’s environment is changing for the worse. Many plants and animals are becoming extinct due to these environmental changes. Industrialization and overpopulation have caused a decrease in land available for other species. Read More... 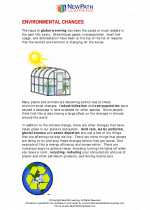 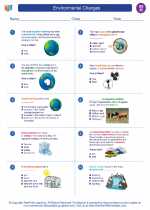 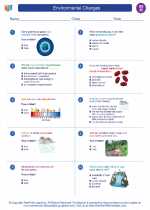 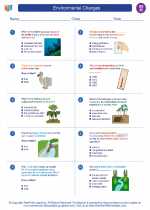 VA.SS.USII. United States History: 1865 to the Present
The United States since World War II
USII.9. The student will apply social science skills to understand the key domestic and international issues during the second half of the twentieth and early twenty-first centuries by:
USII.9.d. Evaluating and explaining American foreign policy, immigration, the global environment, and other emerging issues.
VA.SS.WG. World Geography
Skills
WG.2. The student will analyze how physical and ecological processes shape Earth’s surface by:
WG.2.b. Describing how humans influence the environment and are influenced by it.
WG.4. The student will apply social science skills to evaluate the significance of natural, human, and capital resources by:
WG.4.a. Comparing the distribution of major natural resources throughout world regions.
WG.4.b. Showing the influence of resources on patterns of economic activity and land use.
WG.4.c. Evaluating perspectives regarding the use of resources.
Standards